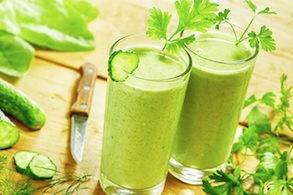 The answer to this question is, it DEPENDS.

It depends on if you are healthy, and a good detoxifier — meaning your Liver, Kidneys and Gut can detoxify adequately and you have daily bowel movements. There are a myriad of detoxifying medical food powered drink, detoxify kits and accompanying supplements on the market today to choose from. However which one is the best one depends on what your goals are for detoxification.

Generally most people do well on detoxification programs with very positive results. However there are several instances where one has to BE CAUTIOUS. The first is if you know you are not a genetically good detoxifier and previous juice fasts have created many symptoms like headache, joint ache and nausea. Also if you have recently lost a lot of weight 30-100 lbs., your body already is going through a detoxification because toxins area stored in fat and released with weight loss. Another is if you have multiple chemical sensitivities or a high heavy metals burden in your body. For example having numerous metal fillings in your mouth, cracked fillings or environmental heavy metal exposure.

In the December issue of Natural Awakenings Magazine I wrote an article BEST PROTOCOLS FOR MERCURY DETOXIFICATION. This article was preceded in the two previous months by articles in Natural Awakening Magazine titled SAFE REMOVAL OF SILVER MERCURY FILLINGS and SILVER COLORED DENTAL FILLINGS CONTAIN HALF MERCURY.

Having had a Clinical Nutrition practice for over 20 years I can honestly say that each and every one of my patient’s personal accounts with their own detoxification experience has been an educational experience. To truly understand how different and bizarre symptoms can be, I decided with permission to share a few patients’ personal accounts of what it is like to have heavy metal toxicity and implement a detoxification program. The following are three accounts from three different patients:

MY RECOVERY FROM HEAVY METAL TOXICITY
The Long Journey Towards Healing: David Leighton

Early in 1985 I was relatively healthy and robust. I was running several miles each day and was a tennis player. Then something hit me like a brick wall. Suddenly I became chronically fatigued, had multiple chemical sensitivities, and lost so much weight that I was embarrassed to be seen in public in a bathing suit. Tap water made me ill and the only water I was able to drink was distilled. Suddenly my whole life was turned upside down. Although I can’t be sure, I believe the “trigger” for this sudden onset was the stress of a job situation. The underlying cause for this illness was heavy metal toxicity.

One of the chronic conditions that presented itself because of my toxicity was chronic systemic candidiasis, which brought about various mental and emotional issues. My initial frustration with the medical help I sought was that doctors did not know at this time what to do with a person that presented such symptoms. I was considered a pariah. Some thought it was all in my head and others just told me to get lots of bed rest. Over the next twenty years help began to emerge as others began to have similar problems and the medical community began to trace the problems to heavy metal toxicity.

Eventually I had all my mercury fillings removed by a biologic dentist trained to properly remove them and replace them with bio-compatible composites. That was a huge step forward, but it did not immediately make me well. The next step was a search for the right detox protocol to remove the toxic mercury from my organs and brain since it had been accumulating in my system for over thirty years. Over the next two decades I tried many different protocols, and most made me feel so awful that I could not tolerate them, however, I was making progress detoxing and gradually my energy level improved and the chemical sensitivities gradually decreased. It was not until 2012 when I began using a special form of  GLUTHIATHIONE along with INTESTINAL METAL DETOX that I really started making progress in removing metals. According to two OLIGO SCANS given by Dr. Sherie Viencek six months apart, there was an appreciable decrease in mercury and other heavy metals using this protocol. Since then I have found another protocol which appears to be even more efficacious. It will be interesting to see what the results are on the next OLIGO SCAN. If you have been diagnosed with heavy metal toxicity, be encouraged. The tools are now available to safely remove those metals and bring you back to health. I am now sixty- five and my energy level is better than it was when I was forty.

When a person receives a diagnosis, they usually think back t0 the odd unexplained symptoms and wonder if there could have been an early sign that something was wrong. My answer would be, yes, always. But why don’t we give much thought to the “signs” as they occur? Because, typically they are not life-stopping, but minor annoyances. This is how it was for me. Minor annoyances that would come and go with no explanation, and never concerning to the doctor. Signs like joint pain, stiffness, heart palpation, thyroid pains, random sharp pains, light -headedness, migraines, etc. Then, immediately after having braces put on my teeth, I began to have more vague symptoms, fatigue, and pain in my feet at night, and postural imbalance. Also I began to have flu like symptoms after a wire change with the braces. Then came an anxiety attack which triggered a full body neurological breakdown. Symptoms were cold and burning sensations, tingling, creepy crawly sensations and chills. I opted to have the braces removed only 5 months after they were put on and I knew I was on the right track when I immediately experienced a visual clarity and relief of several symptoms.

I began to see Dr. Viencek at the recommendation of my dentist Dr. Michael McGrath and she never doubted my accounts. She began to help me detoxify the metals and piece together deficiencies in vitamins, minerals and other nutrients. It has opened my eyes, as to how what we put into our bodies, directly effects how we feel. I look back at my early “signs” and realize that if I had just been more persistent, if my symptoms hadn’t been dismissed by doctors, if I had known then what I know now, I would have likely been able to prevent that horrible experience. Because those symptoms were warning signals. If I could make just one impression on people, it would be that “Symptoms are warning signs of what’s to come.” Take each and every one seriously!

Having a myriad of symptoms (dizziness, headaches, vertigo), I decided to undergo a “heavy-metal detox” to help rid myself of these sometimes debilitating symptoms…

Of course, I was hoping for a “quick fix” as I had suffered long enough, and decided to have all of my mercury fillings removed–6 in all, plus an old root canal. Before I could begin the filling removal process, I had to beef up my immune system while supplementing with various herbs and detoxification concoctions. After several months of supplementation and regular check-ups with my nutritionist, I started the mercury filling removal process…and it was a PROCESS…

Again, my idea was I would get them all removed in one shot, replaced with material that agreed with my body, and I would feel all better immediately…well, not quite…The removal process was a little intense at times, and once everything was removed, I had to prepare myself for the fact that I still had to work diligently at getting all of the mercury and other heavy metals out of my body for good. I was thinking that all of my symptoms were going to disappear overnight now that I had all of my fillings removed. My headaches almost completely disappeared after about 3 months of starting the process, but the dizziness lingered for quite some time, and I also suffered from stomach pain and constipation for almost 6 months after getting all of the fillings removed. My Holistic Dentist commented that it can sometimes take up to 2 years to rid your body of heavy metals after starting a detoxification program. The process was hard work at times and frustrating. Commitment, determination, and perseverance were key to getting through the process—as well as the guidance of an experienced Certified Nutrition Specialist. 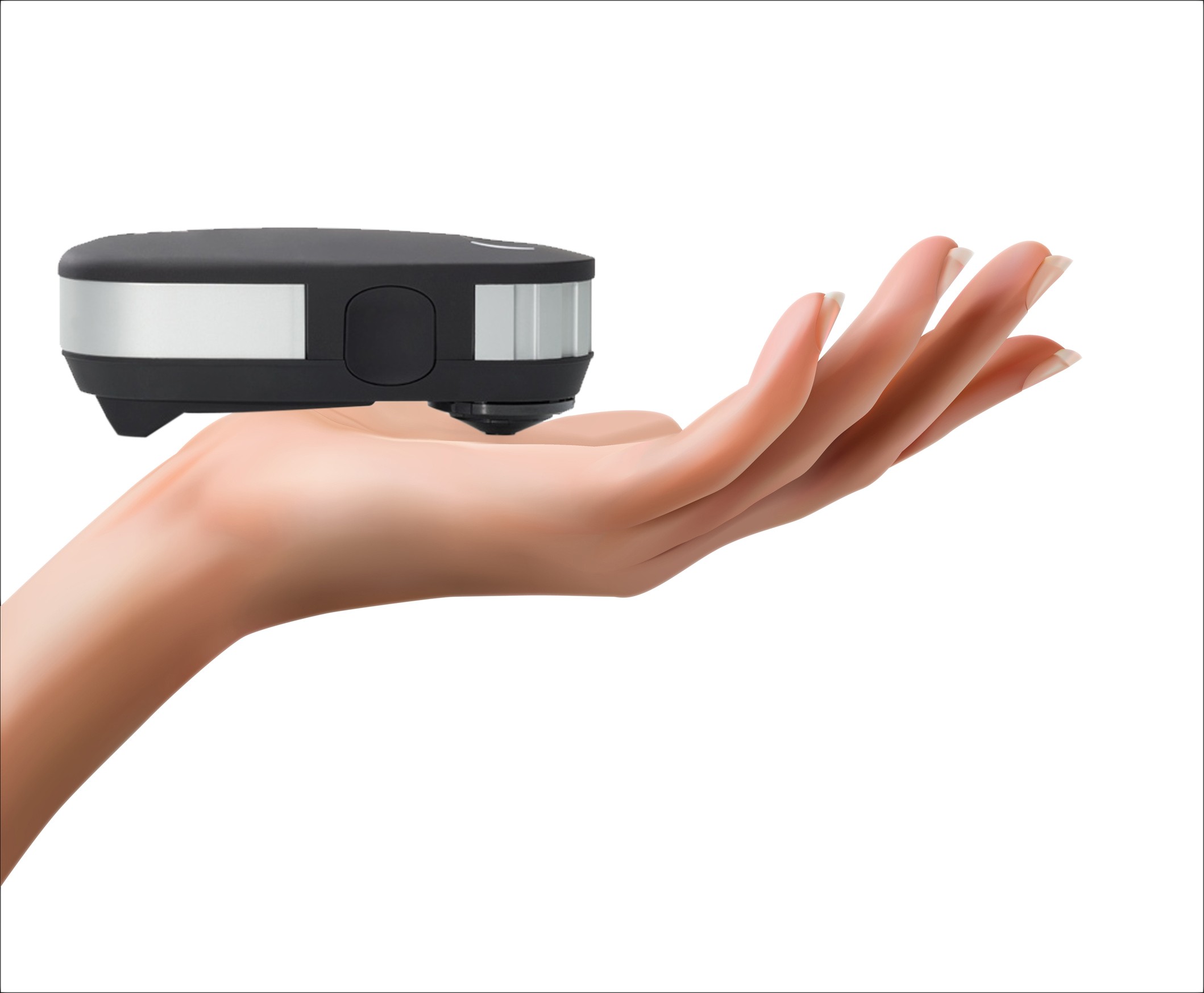