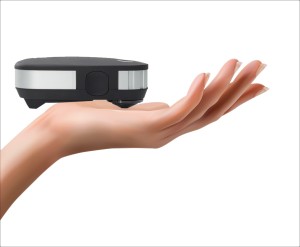 The OLIGO SCAN is a revolutionary test to measure mineral and heavy metals levels in the tissues within minutes in an office setting.

It is an INNOVATIVE test that uses spectrophotometry to send light through living tissue to measure minerals, trace elements and metals in the real time in living tissues.  Once mineral imbalances are assessed then the most efficient supplementation program based on individual needs can be addressed. Also, heavy metal toxicity can be addressed with specific detoxification protocols designed.

The OLIGO SCAN is very CONVENIENT with no trips to a lab or having to wait for results as with blood or urine. As an example: if contemplating having metal fillings removal, the information ascertained from the results allows one to make decisions about detoxification protocols sooner than later.

While this test is for everyone, it is a wonderful for children (must be 99 lbs.) due to compliance; it is painless, quick and performed in a relaxed office setting. Today’s children have mineral imbalances given the mineral depletion of the soils and high consumption of acid related foods. Teens through adults can have minerals absorption problems with digestive complaints of IBS, Ulcerative Colitis, Crohn’s, Celiac or Gluten Intolerance. With Celiac and Gluten both Zinc and Selenium are common mineral deficiencies.

Common deficiencies seen with the OLIGO SCAN that correlate with patients conditions are: Low iodine with Hypothyroidism, Magnesium deficiency with Heart Disease (however about 95 % of the population is magnesium deficient) and high burdens of Aluminum, Mercury and Cadmium.

Heavy Metals are neurotoxins and the sooner they are discovered and removed the healthier the individual. People can be exposed to heavy metals in the work place and from the environment via air pollution, ground and sea water and food sources. For instance dental hygienist are exposed daily to mercury vapors as old metal fillings are removed in the office. Also many adults have metal fillings in their mouth that have been there for years. These fillings develop microscopic cracks in which metals vaporize and absorb into other tissues. This vaporization leads to neurotoxicity and is a contributing factor to Cognitive Impairment, Dementia, and Alzheimer’s. It is now believed that 1 out of 9 Americans have some type of autoimmune disease such as Hashimotos, Multiple Sclerosis, Lupus, and Rheumatoid Arthritis.

It is important to remember heavy metal toxicity has been implicated as a trigger for autoimmune disease in peer review journals. It is important to clarify that this test is not a measure of stored metals in the organs, fat, or brain. However, measuring heavy metals in living tissue, provides a window as to what is present in the here and now. For those who are interested in a deeper understanding of the hazards of heavy metal in the tissues I would suggest going to the web site of the International Academy of Oral Medicine and Toxicology (IAOMT.com) which is a wealth of information. Also there is very informative You Tube Video “The Smoking Tooth” which shows a visual demonstration of mercury vapors that are released while chewing food gum or just taking in hot or cold beverages. ~ Dr. Sherie Viencek, D.C., CBNS